In this article, we will talk about two things:

These packages are created as main works of the OSPP'22 project. They are built following the ISO/IEC 18004:2015 standard, the excellent tutorial and the wikiversity-entry. Therefore, images generated by QRCoders.jl can be decoded by a common QR code decoder or by QRDecoders.jl.

For more information, please refer to the announcement in Julia Discourse.

There are two parameters that are crucial to the capacity of a QR code: Version and Error correction level:

The following figure is a QR code with version 7, which is mainly divided into Function Patterns and Encoding Region. 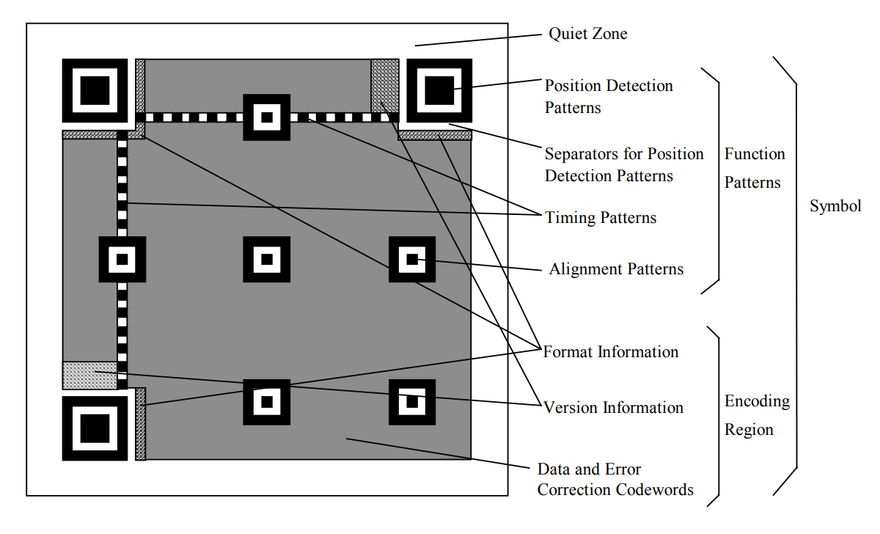 The encoding process of QRCodes is a bit complicated, but we can decompose it into several steps:

Decoding is the reverse process of encoding. The steps are:

The most difficult parts are locating and error-correction.

During data transmission, some errors may occur, such as 1 is transmitted as 0 or some data is lost. Therefore, error correction code is introduced to improve the robustness of the data transmission.

In essence, error correction codes introduce more space to represent a small data set. The redundant information improves the error tolerance of the data. We use an example to illustrate this process.

Let's understand this theorem through an image. The original information is a set of dots, and we use larger spheres to represent these dots. The Hamming distance of a code is the minimum distance between dots. When the number of errors is within half of the distance, we can always correct them. 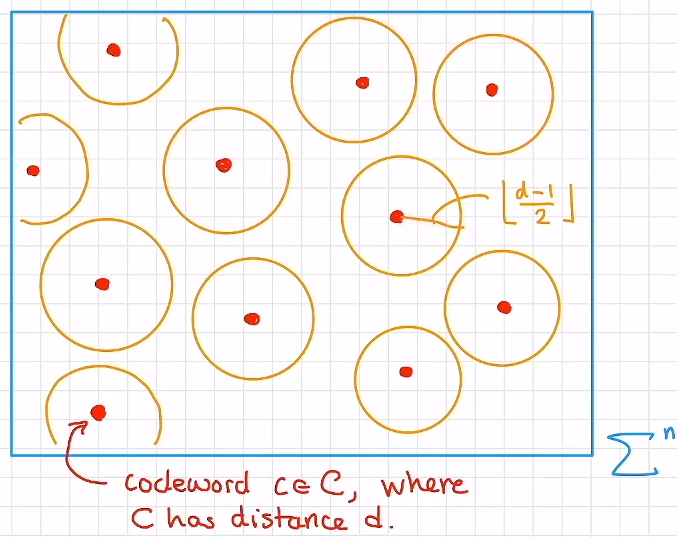 ReedSolomon is one of the most commonly used error correction codes. Moreover, it meets the following criterias:

Note that this is not a simple padded image, but is plotted using error correction and free bits. So it is scannable by a normal QR code reader. The idea of plot using free bits and error correction is inspired by ibukisaar.

Other styles are on the way, welcome to contribute! 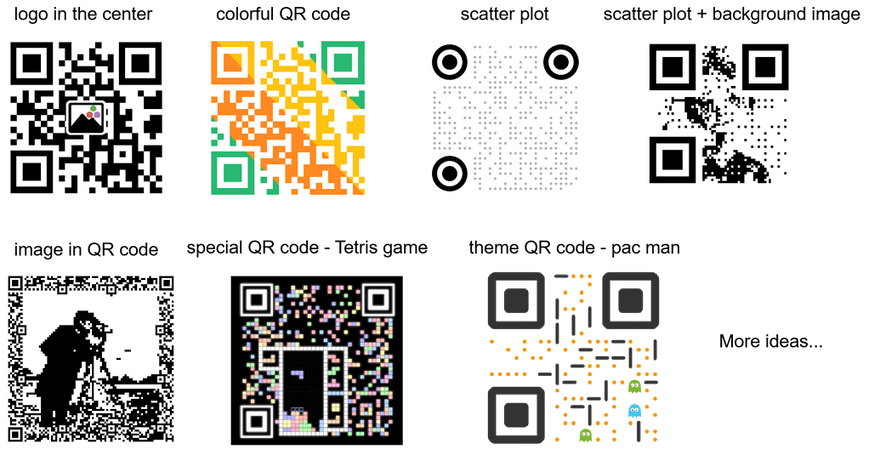 Styles of a QR code has a creative room that beyond one’s imaginations.

However, due to my limited time and energy, I am currently focusing on the implementation of pixel drawing only. Feel free to give your valuable suggestions to help improve this package!

Once suspended, rexwzh will not be able to comment or publish posts until their suspension is removed.

Once unsuspended, rexwzh will be able to comment and publish posts again.

Once unpublished, all posts by rexwzh will become hidden and only accessible to themselves.

If rexwzh is not suspended, they can still re-publish their posts from their dashboard.

Once unpublished, this post will become invisible to the public and only accessible to RexWang.

Thanks for keeping Julia Community 🟣 safe. Here is what you can do to flag rexwzh:

Unflagging rexwzh will restore default visibility to their posts.